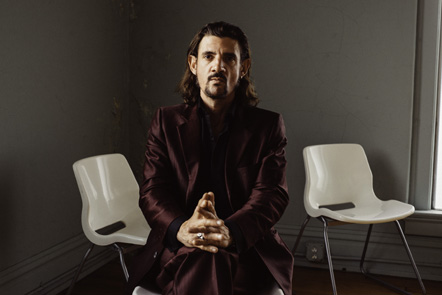 JAMES LEG TO RELEASE HIS LATEST SOLO ALBUM “BELOW THE BELT” SEPTEMBER 4, 2015 VIA ALIVE NATURALSOUND RECORDS!

James Leg (aka John Wesley Myers of the Black Diamond Heavies) is set to release his second proper solo album, Below The Belt, later this summer. Back in his days with the Heavies, Leg laid the foundation for his solo work with his down-n-dirty keys, fervent live performances and trademark gruff howl mixed with equal measures of bourbon, butane & nicotine.

Following the success of both his acclaimed 2011 solo debut, Solitary Pleasure, and his 2012 joint venture with label-mates Left Lane Cruiser for the equally white-hot studio album, Painkillers, Leg recorded the tracks for Below The Belt earlier this year in the dead of winter with several guest musicians at Johnny Walker’s (Soledad Brothers, Cut In The Hill Gang) studio: Masonic Sounds located in a Masonic Lodge in Dayton, KY. The album was mixed by renowned producer/engineer Jim Diamond at Ghetto Recorders in Detroit.

Leg, the son of a Texas preacher, started playing piano when he was just six. Raised on southern gospel music, he began preaching at the church his father pastored at the age of 14. Two years later he became infected with the lure of rock-n-roll and eventually alcohol and drugs. It was this contrast of good & evil, heaven & hell that would affect not only his music – solo and otherwise – but also his impassioned live performances evoking some sort of fervid snake-handling Pentecostal preacher in the middle of a lung-busting, jugular-popping sermon (just replace the slippery vermin with a fifth of whiskey and Leg pounding on his signature Fender Rhodes and you get the picture).

On Below The Belt, the ghosts of Leg’s past haunt these 10 tracks. From the rafter-raising gospel cover of Sister Rosetta Tharpe’s “Up Above My Head,” to the menacing rocker of opening track “Dirty South,” the bluesy swagger of “Drink It Away” and an in-the-red cover of The Dirtbombs’ burning garage-rock stomper “Can’t Stop Thinking About It,” these numbers are guaranteed to loosen the floorboards of any juke-joint, dive bar or rock-n-roll piss-hole. Following a devilish re-working of The Cure’s “A Forest,” Leg ends the album with two decidedly more subdued tracks – “Disappearing” and the even gentler soulful ballad of “What More,” complete with heavenly call-and-response female harmonies. While this may suggest Leg moving towards a, dare we say, more mature musical direction, make no mistake that Below The Belt hits as hard and heavy as ever, and turns out to be one helluva rock-n-roll TKO.

Leg will be embarking on a number of headlining club tours in support of Below The Belt, including U.S. dates in Jul/Aug, a Deep Blues Festival performance in south Germany in Aug, UK & Ireland dates in Sep/Oct and finishing up the year in Europe in Oct/Nov. Specific tours dates for all of these runs to be announced soon.

James Leg’s Below The Belt will be released on limited vinyl, CD and digital formats on September 4th via Alive Naturalsound Records. 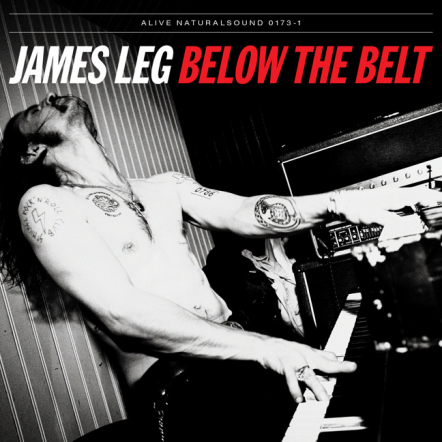 James Leg, growler, shouter, composer, and Fender Rhodes finger-f*cker, of the Black Diamond Heavies, steps out with some friends for more songs of hedonistic excess, crazy-ass women and Southern salvation.

On Solitary Pleasure he is joined by longtime friend and Cincinnati heavy hitter, Andy Jody (The Gazelles, Pearlene, The Long Gones, The Customs, Oxford Cotton, Barrence Whitfield and The Savages) on drums.

The album was recorded in December 2010 in Murfreesboro, Tennessee during a record cold snap, in the oldest standing church in Rutherford County, now the home of an all analog studio called Grand Palace Studio. The result was then rushed up to Detroit and mixed by Jim Diamond at Ghetto Recorders.

Rock and Soul all night long.

Solitary Pleasure will be available on April 5th on CD, Limited Editon Pink Vinyl (with free poster) and Digital formats through Alive Records.

Solitary Pleasure Track Listing:
1. Have To Get It On
2. Do How You Wanna
3. Nobody’s Fault
4. No License (Soing For The Caged Bird)
5. Georgia
6. Fire and Brimstone
7. Whatever It Takes
8. Drowning In Fire
9. Drinking Too Much
10. No Time To Tarry

FOR MORE INFO ON JAMES LEG: