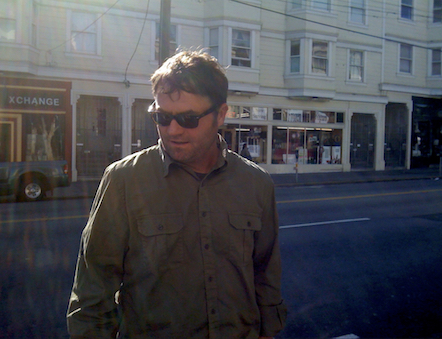 Gregory Howe is an American musician, producer, composer and band leader. In 1996, he founded Wide Hive Records. Over the past two decades, Wide Hive Records has created over fifty albums with musical artists/icons such as Roscoe Mitchell, Kamasi Washington and Larry Coryell, among many others.

Now, along with longtime collaborator and multi-instrumentalist Matt Montgomery, Howe is set to release his self-titled debut solo effort – an acoustic album of 18 songs that the musician collected over a decade on a hand-held recorder and used as departure points. While some songs took on new directions, others remained close to their improvisational roots. Matt Montgomery is multi-talented on three instruments: piano, bass and drums; while Howe performs on guitar, vocals and percussion. After the initial two-week recording, full string arrangements were added by Laurel Thomsen on violin, Stefanie Vartabedian on cello, Pamela Vartabedian on viola, and Matt Cunitz on pump organ, celeste and hurdy gurdy. In 2016, backing vocals were added by Rosie Steffy, and lead guitar was added by Mike Ramos. Several songs on the album are rooted in the past, drawing from a palette of songwriters, including John Martyn, Richard Thompson and balladeer Nick Drake (“Chasing Shadows,” “Put One Foot In” and “Concertina”). Other tracks are more contemporary with an eerie beauty in the vein of Elliot Smith (“Butterfly in the Wind” and “Life is Rain”). There are also two ethereal cinematic instrumental pieces (“Flower in the Weeds” and “Ember Epiphyllum”).

Howe and Montgomery have been making records for almost fifteen years together, and are both primary members of the groups Variable Unit/Mayhemystics (with Azeem and DJ Quest), The Wide Hive Players and Throttle Elevator Music (with Kamasi Washington). They have also written, recorded and performed with legendary artists Larry Coryell, Calvin Keys, Phil Ranelin and Harvey Mandel.

This recording also marks the debut of Angle Iron Music, a sub-label of Wide Hive Records that focuses on modern music with a vintage feel.

Gregory Howe’s self-titled album will be available on CD, digital and streaming formats on July 14th via Wide Hive Records and Angle Iron Music. Click here to order the CD and MP3s via amazon. 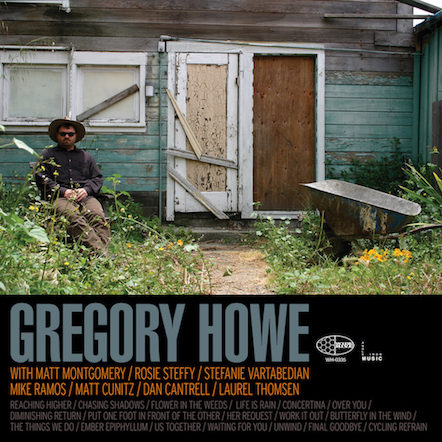