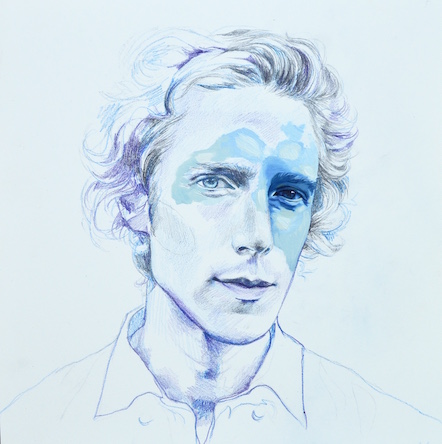 Never Look Away, the 9th album from Daniel Martin Moore, finds the artist expanding, experimenting, and having fun in the studio. Co-produced by multi-instrumentalist Seth Kauffman, the recordings are candid, unfussed-over, and full of energy and light. “Seth is a wonder. I’ve admired his work for years, and it was a joy to bring this batch of songs to life with him,” said DMM. Kauffman is best-known for being the man-behind-the-band Floating Action, playing nearly all of the instruments, producing, recording, and mixing the albums himself. (In his spare time, he plays on the albums and in the touring bands of Jim James, Ray Lamontagne, and many others.)

The two artists convened at Kauffman’s home studio in Black Mountain, NC and set about to build the framework for the songs. Working from the rhythm up, they then added DMM’s guitar or piano, and a scratch vocal as a road map. From there, Kauffman added percussion, bass, and other supporting instruments.

At that point, DMM took the tracks back to his home studio in Kentucky, enlisting a trusty team of long-time collaborators to complete the record: Dan Dorff, Jr. on piano; Alexis Marsh on flute, clarinet, and saxophone; Scott Moore on violin; Charlie Patton on cello; with Sarah Teeple adding harmonies on the title track. The end result is a richly-layered, rhythmically-driven, vocal-centered, incredibly enjoyable album – the strongest of DMM’s career.

The artwork is also the result of a meeting of creative minds. The cover is by artist Ruth Speer. DMM said, “I came across some of Ruth’s paintings online, and I thought they were great, so I reached out to see if she’d be interested in working on something together. During our correspondence, she mentioned that she has synethsesia, and experiences colors associated with sounds. I sent her a recording of my favorite chord, Ebmaj7, with A=432hz, and that is the color palette for the painting she made.”

There’s profound beauty to be found all throughout the 10 songs of this record. The lyrics touch on loss, acceptance, admiration, love, peace, and a need for quiet and open spaces and times in our hurried, ever-more-digital lives. Immersing ourselves in the sonic environment of Never Look Away would be a good place to start.

PRESS RELEASE FOR DMM’S 2017 ALBUM TURNED OVER TO DREAMS:

DANIEL MARTIN MOORE TO RELEASE HIS FORTHCOMING STUDIO ALBUM “TURNED OVER TO DREAMS” ON JULY 7, 2017 VIA SOFABURN RECORDS

Always, music is the balm. And these days we seem to need it more than ever. Daniel Martin Moore’s newest album, Turned Over to Dreams, offers just that with ten lovely gems, including six original compositions.

“At every step I was consciously doing my best to evoke peace and gentleness and love and care,” Moore says. “I took a moment before each take to bring forth the most peaceful frame of mind & spirit that I could.”

The idea for the record came after Moore learned that close friends of his were using one of his previous albums as a bedtime lullaby routine for their children. So he decided to make some new recordings to help out. “I just felt so honored that the songs were being used in that way, and I wanted to see what would happen if there was even more intention behind the recordings,” he says. “Along the way, it expanded into a whole batch of songs and eventually into this LP.”

While it may aid in getting the kids to sleep, this album might not do the same for the adult listener—it’s so beautiful we won’t want to nod off for fear of missing something wonderful. Moore’s work has always been known for its meditative quality. His trademark combination of velvety vocals and a masterful use of instrumentation— often featuring his piano skills—naturally evokes a peaceful mood. Turned Over to Dreams surely contains some of his best compositions, singing, and craftsmanship on an effort he produced, recorded, and mixed himself.

Moore’s eighth full length recording opens like a music box with the tender plucks of keys on its title track, and features heartfelt lessons on “Consider the Worlds”, the ache of pining on “You Are Home”, and four carefully chosen covers that range from a 1960s standard, “Touch the Earth”; a haunting interpretation of Brahm’s Lullaby; his own spin on the ever-popular “Stay Awake”, which he couldn’t resist, “because of its cleverness;” and even his recording of the Mr. Rogers’ classic “It’s Such a Good Feeling.” Moore says he can hardly get through singing it without tearing up, articulating an entire generation’s endearment to the children’s television legend. All of this is punctuated by wonderfully varied interludes like the rising strings of “Amid the Stars” or the soothing electric guitar found on “Drifting” that make for an album that provides a much-needed respite.

Moore chose to record in A=432 (slightly flatter than modern tuning) because of its ability to capture a more mellow sound. “The instruments sing and resonate in different ways with the tension lessened and loosened,” he says. “The voice itself takes on different shades and overtones, hitting notes and frequencies that don’t exist at sharper tunings, and that I had probably not ever sung before.” Many musicians share a deep love for this unusual tuning, and some even point to the fact that the 432 ratio shows up in the natural vibrations of celestial bodies and number sequences found even at the level of DNA. The number 432 is reflected in the ratios of sacred sites like Stonehenge, the Great Pyramids, and many others. Moore was using everything he could to create a warmer and softer listening experience.

The result is the album we need right now for trying times, a record that encourages us to be still, and most importantly, to listen.

Daniel Martin Moore’s Turned Over To Dreams will be available on vinyl, CD, digital and streaming formats July 7th via Sofaburn Records. Click here to pre-order the vinyl and CD. 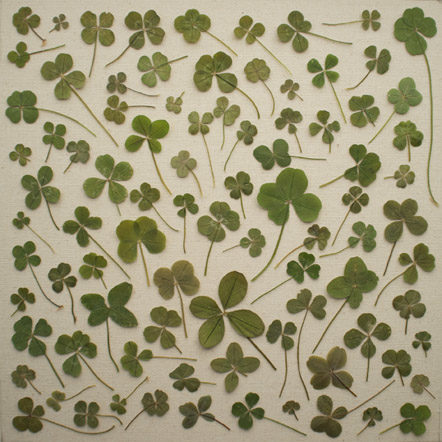 “We wanted a bigger sound—full band treatments, strings, outer-space, and less guitar,” Moore says of his collaboration with James. “It was Jim’s suggestion that we start each song from the perspective of the drums & bass, finding the right foundation, and then seeing how the rest of the instrumentation would fit into that.  In the past, it had very much been the other way around—everything was based around what my guitar was up to.  We turned that on its head for this record.”

Moore found James’s presence a centering force. “He is always encouraging the pushing of boundaries.  It’s in his nature to expand and elaborate until he finds the spot he’s looking for.  He’s a deep well of creative energy – it’s like he can see the way the future bends the present.”